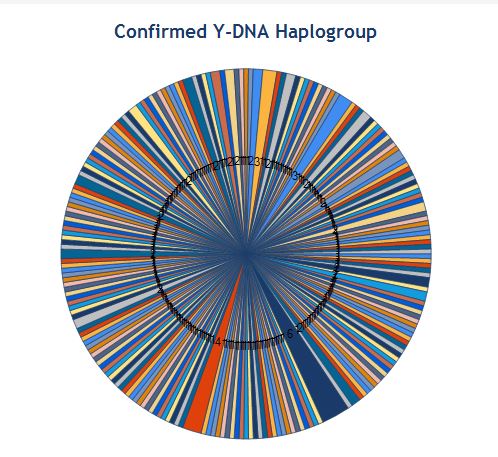 A good bit has been made/stated/drooled over about the ethnic results in the new age of Genealogy – Genetic Genealogy. I help people daily with their DNA, sometimes it’s to dig deeper into their Ethnicity. Deeper than the fairly general ethnicity results information one receives from testing companies. But I have never thought about the diversity of a site, a Genealogy group or a conference. Diversity in Genealogy? I was asked point blank on Sunday morning at the breakfast table a very blunt Question. “Can you tell who is ‘Black’ on WikiTree?.”

After my initial shock that someone would ask that of me, I realized I had/have never, ever thought about it. And I answered her with that – I have never had the need or wanted to know or even considered someones ethnic make-up while working away at the Great Big Ole Collaborative Family Tree that is WikiTree. After the questioner realized that her wording may have been askew she explained the question in full.

The question turned out to be a very good question related to identifying Southern US Colonial and pre-1865 Slaves and how to connect them to their descendants. What better way than WikiTree?

But her question is not the reason for this post.

After one incredible weekend at the FTDNA ICGG2017 and after having been asked this very blunt question, I wondered? Who are we collaborating with on the other side of our computer screens? Who are WikiTree’s, WikiTreer’s.

What’s in your Genes WikiTree?

Being the Project Admin for the WikiTree DNA Project, I thought I would share a little of what I discovered while searching for the answer to this question. What makes WikiTree, WikiTree? It’s Volunteers, from the Genetic Perspective.

The Number and types of DNA tests for WikiTreer’s who are participating in the WikiTree DNA Project:

Wikitreer’s appear to be people of all origins, based on the dispersal of HaploGroups across all spectrums of the Rainbow. Especially for the Y-DNA (father’s line) testers. For the mt-DNA (mother’s line) testers there is a larger percentage of the most common Haplogroup for mt-DNA “H”. I thought this was a really interesting thing to see, how very colorful we all are.

I have another set of charts showing the “Brightest Bulb in the Pack” HaploGroup too, but you’ll have to send me some BlueBerry Pie before I will answer anything about those, or the elusive Bossy HaploGroups, or the Elf HaploGroups or the WikiTree Tribble Haplogroups. Blueberry Pie? Ah, Come on, isn’t this post about colorful things and aren’t blueberries, after all, blue?

DISCLAIMER: No BlueBerries or Blueberry Pies have been harmed in the creation of this Blog. Grandma’s Genes does not endorse nor receive payment in blueberry pies by any DNA testing Company or anyone connected to them, despite the rumors to the contrary.