We just took another small step forward in our collaboration with GEDmatch.com.

As most of you know, you can click directly to view one-to-one autosomal test comparisons on GEDmatch from WikiTree profile pages and DNA Ancestor Confirmation Aid pages. You can also do Y chromosome and mitochondrial DNA comparisons through Ysearch and MitoSearch “[compare]” links on WikiTree.

One thing we haven’t had until now is easy X-chromosome comparison links. X comparisons can be especially powerful for genealogy because there is a more limited inheritance pattern on the X than the autosome and almost everyone who has taken an autosomal DNA test (all 10 or 12 million of us!) has X chromosome test results too. There is a lot of untapped potential for DNA confirmation using X matches.

Here’s an example of how you might use this. Look on your DNA Ancestors page — this is the “DNA” link on the pull-down menu that starts with your WikiTree ID — and scroll to the X Chromosome section. These are the ancestors from whom you inherited your X DNA. Choose one of the distant ones and click the DNA Descendants icon

next to their name.

On your ancestor’s DNA Descendants page scroll to the X Chromosome section. These are the descendants — yourself and your cousins — who are likely to match each other on the X. If more than one of you are on GEDmatch you can click the “[compare]” links to see whether you match as you would expect.

Here are a couple examples of DNA Descendants pages where you can see the new GEDmatch comparison links:

Maybe a more informed genetic genealogist will follow up here with advice on doing the actual DNA confirmations, or with other ideas for using this new feature.

P.S. A big thank you to John Olson, Curtis Rogers, and our other friends at GEDmatch for enabling us to create these links. Thank you to Blaine Bettinger for his early and ongoing evangelism for X chromosome usage. (We used Blaine’s charts to create our XDNA ancestor and descendant pages.) And thank you to Mags Gaulden, Kay Wilson and the other DNA Project members for their leadership on these subjects, most especially — especially — thank you to Peter Roberts, who suggested this feature and helped it all come together, as he has with many of our DNA features.”

This is just great Chris (and Peter),

X-DNA is often overlooked, but can be a powerful tool because it’s inheritance is very specific. Click on your DNA link as Chris suggested and look at how this sex chromosome is inherited.

It’s so specific. The Confirmation Citation is really informative too:

* Maternal relationship is confirmed by a 108.0 cM X chromosome match between John Kingman GEDmatch T782948 and his second cousin once removed Kelly Miller GEDmatch A721343. Their MCRA is Charles Cyrus Babst.

Take some time to look at some of those X-Matches WikiTree has posted for you. You might get a pleasant surprise.

My Dad and I from this new feature: 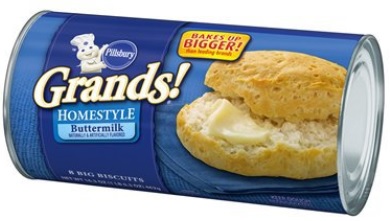 I work methodically, how on earth did I just blow up someones world? Truly, it’s the way I work, slow and methodical. Find each piece and put into place.

When I say blow-up someones world I mean it in a good way. This time. Let’s take a step back and methodically go thorough this so at least you understand what I am talking about.

Of course she is. I could describe her in so many other ways too, but to know she is adopted is the only way to describe her today. I don’t think she frames her life to people she meets this way normally, but she framed her life this way to me, because when we met we talked about what we each did for a living. Of course when I told her what I did, she kind of looked at me sideways and from a distance. It’s something adoptees do when presented with something that might blow-up their life..

She briefly told me her story; she found her mother through the Adoption Disclosure Register of 1993 and had no idea who her father was…I did tell her that she would find her answers in her DNA.

A few months later she asked me for help.

She knew her mother, but the information she was given about who her father was, was incorrect. How did she discover it was incorrect? Because she paid a company to do a paternity test on a family member of the first person her Mother told her (paternity tests run into many hundreds of dollars). Then a family member of the second person her mother named (with a tiny bit of influence from me) had an FTDNA test (much less expensive).

The second test proved no DNA match to the second man named. Seems the more “no answers” she got the more her drive was  ignited to know the truth.

I talked with someone once who helps Adoptees. She told me a horror story about a client who, when given a bit of information on where the researcher thought the clients father/mother might live, spent an evening knocking on doors and being incredibly confrontational with the families she encountered.

Imagine opening the door to a wild-eyed woman who thinks the world has lied to her for 45 years and sees a crack of light peering through a darkened tunnel. I can’t imagine how utterly terrifying it would be to have a child you didn’t know about, or one you had hidden from your family, or that you had tried to hide from, just appear, demanding you talk openly and frankly about her. Your secret.

She was shown a crack of light.

Back to today, to this client, who is fast becoming a good friend. I opened a crack in her dark tunnel. I was working methodically. But I did ask her if she would take on some of the research since I know she was capable and because I told her the story I just related to you above. Did she listen?

She did and she didn’t and well…it was like a can of biscuits. You push the the spoon in just a touch and POP it’s all out there.

And it is all out there.

I wish I could have bubble wrapped her after our “revealing” meeting Friday night. At least I would have felt she and her newly discovered family could have had some protection – protection that in the end none of them seem to need.

Wow, what a weekend!